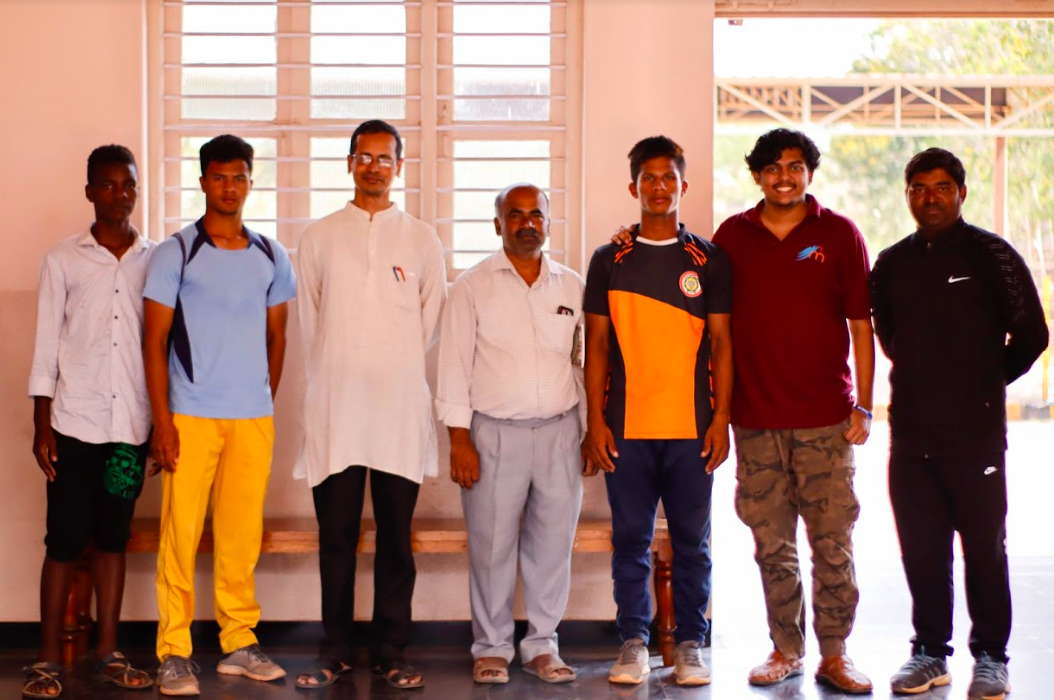 The Sports Authority of India had a simple thought process.

The athletes in East African nations such as Kenya and Ethiopia are known for their consistent performances. They have a natural propensity towards running. But whether this could be attributed solely to a specific genetic advantage was still questionable.

In 1987, the Sports Authority of India, started a Special area games scheme in search of answers to this very question. To scout the best of the best from Indian communities with such genetic advantages and reignite the country’s hope for Olympic medals. As a part of the program, children from an Indo-African Siddi Community were selected and lodged at a school which exclusively catered to needs of the underprivileged. Back in the 1990s, the Siddi population was not recognized as any caste, tribe or religion. Hence they were not entitled to any govt schemes or educational benefits.

Living deep within the confines of the forest area in Karnataka, the Siddis have been leading marginalized lives, though this program came through as an opportunity to fight chances at better prospects, it bogged down in administrative failures and secrecy, crumbling the ambitious plan before it could sore high.

In an attempt to revive these efforts, we conducted a pilot project to interact with the Siddi children in their forest dwellings. With the help of our partner school Loyola in Mundgod, we not only partnered with Loyola school for our sports program but the school also promoted the need for education and literacy in a community which lacked a basic orientation in this dimension.

Loyola school, situated three kilometers from Mundgod town of Uttara Kannada District in Karnataka has been working for the education and empowerment, employment and emancipation of the poor, tribals and backward classes of Mundgod for over three decades now.A culmination of a curated sports program with an equal focus to the holistic development of the child through education has been an important factor in the success of our talent development model. This ensures a long term development of an athlete both physically and mentally, thereby equipping them with a wide range of social and technical skills.

The school which had just 34 children, to begin with, has now grown into Loyola High School, PU College and Diploma in Education College with nearly 1,000 students. Today, not just Siddi children but various children from all communities are a part of this school program and together with Loyola school’s support, 15 of them are training to become the next Olympians of our country. Its alumni have also gone on to pursue MBA, M Com, MSW, etc.,have joined the armed forces and are playing a significant role in society today.

Started and managed by the Fathers of the Society of Jesus, popularly known as the ‘Jesuits’ since 1991, it prides in being part of a rich legacy of Institutions run by Jesuits throughout the world. The Bridges of sports program adds to the existing uniqueness of the school’s curriculum.A distinctive feature of the school is the training of students in skills like electrical wiring, welding, agriculture, carpentry and computer along with other co-curricular activities.

According to the Principal, Fr Johnson Pinto, they can accommodate students, but the school does not have the facility nor the personnel to train them. “Before Bridges of sports came on board, we were training our students as usual without any special guidance that is neither with regard to particular exercises nor with regard to supplementary food; it was just a routine to make them run.”

When the Special area games program was scraped off, it was criticized for its lack of inclusiveness, implementation and sports coaches. The children were enrolled in the school but were given negligible training or guidance concerning their sport.

“The Siddi Kids have a natural temperament but had to depend on their innate ability to qualify for higher level competitions,” said Fr Johnson Pinto

Building on from their learnings, we decided to work on aspects, minor or major, which played a role in the betterment of these naturally talented athletes.  Finding talents was just one part of the puzzle, nurturing those very talents was the more significant part of solving the puzzle.We hired a national level coach to specifically train, selected children from the school and inspire them to dream bigger.  We also started a nutrition program for the children to provide them with the necessary supplements required for their training. With the logistical and infrastructural support of the school, we also organized a pre-season training camp for these athletes to mentally and physically prepare them for their next season, through rigorous training sessions, and personality development workshops.

Towards a better future

The Bridges of Sports talent scouting program is all set to commence next month. Starting with the villages of the Uttarkannada district, we are aiming to find our next set of children which will be enrolled in our partner schools such as Loyola school  to embark on a new journey.

Working in tandem with institutions like Loyola helps strengthen our own beliefs and dreams of seeing these very children competing in the 2024 Olympics. Winning a medal could be the revived program’s zenith, coinciding with the culmination of the United Nations’ International Decade for People of African Descent (2015-2024). If executed with diligence this time, it could uplift the Siddi community, revive its forgotten history, and bring much-awaited acceptance to the Siddi people.

The grim reality of Indian Sports