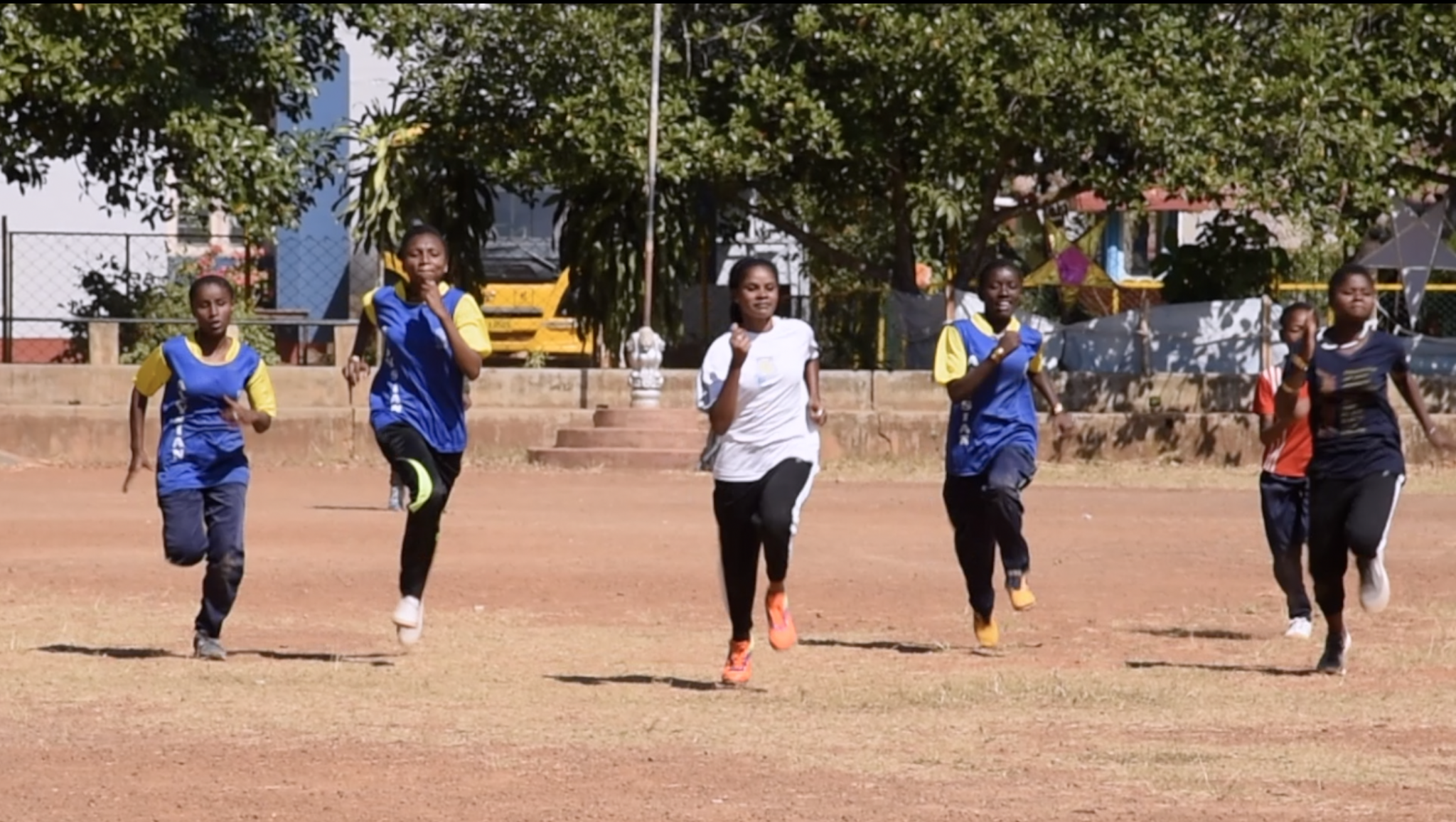 Using sports for social development and change is an unconventional way of achieving greater happiness, empowerment, and equality in society. Speaking of unusual ways to win, one should reminisce something. How many times have we seen a smaller team or a younger player (I smell Dhoni) change the game just because he took to a different technique than his predecessors? Minds like Dhoni, don’t possess a great batting technique but only a different approach and an extraordinary mindset. Hence, unconventional tactics have impacted sports significantly. In the broader context of the economy, sports is one unconventional underdog that can help in overcoming the unyielding issues of poverty, inequality, and employment in a developing economy.

According to Sportsanddev.org, sports for development is basically leveraging sports to enable growth and peace. At the international level, the UN has often initiated platforms to use sports to alleviate woman and children sufferings. Since the 2000s the UN has tied up with 75 sports persons to act as ambassadors.

Sports inclusion is a concept that explains achieving integration of an individual into society with sports. Social inclusion is an important aspect when sports is used for social development. We have several theoretical frameworks to position sports as a viable way for social change and development and aim to achieve this at

Relational level– ensuring a sense of peer belonging and acceptance through sports.

Physical level– As this level, sports can support the communing of abused, marginalized, backward groups and make them feel socially included and considered.

Banking on such reasons, here are five ways how sports can work towards social development.

Or much closer to home the words “boys will be boys” resonate, which symbolizes masculinity for toughness and aggression.

However, in the last ten years, women have been included in commentary boxes of various games. Women IPL, Women soccer leagues, are also finding appropriate relevance and are presumed to become commercialized. According to a report, IPL viewership in India has been on the rise in 2014 and is expected to garner 40% of women viewership at the end of the decade. IPL has also seen the RCB Diva program which voices out for RCB fans to indulge in knowledgeable conversations on cricket.

Though income and media coverage for female athletes show an imbalance in comparison to male sportsperson and athletes, the support for involving women in sports has vastly improved. Research suggests that sporty women with access to sports are less likely to get pregnant, consume drugs, live longer, and in India escape the early marriage. Several NGOs like I Play Like A Girl has proved the impact of sports in bringing out a girl’s potential by exposing them to what winning feels like! Women empowerment is an important aspect of social development.

Role of companies in women empowerment through sports development programs

Corporate program like Standard Chartered’s GOAL use internal resources in the forms of funding and employees to use Netball as a means to include women in sports and impart them with financial literacy, health education. As a result, about 96% of the participants have shown continued engagement in sports, and 30% feel more intelligent in health, communication, and entrepreneurship. The best part of the program is that the women participating themselves find solutions to the many problems the initiative tries to address.

Role of NGOs in women empowerment through sports development programs

Another credible case is the Naz foundation, based out of Delhi. The NGO has provided access to quality sporting infrastructure for over 75,000 teenagers from poor, marginalized communities since 2006. The program director Kalyani reveals that girls have been the strength of the program. She points out that girls who experience sports have a resilient character with a knack for patience and improved body language. Considering that the majority of participants are from marginalized communities, this model of creating a haven for females with women coaches shall greatly improve the inclusion of women into society.

Gender equality can be instilled in young minds by promoting mixed teams with compulsory female involvement. Columbia Institute roots for woman involvement by having a quota for women in their football teams. They also have rules like the first goal should be scored by women. This shall involve greater women engagement by building strategies around women to draw first blood. Such initiatives have helped male participants to understand biological limitations, differences, and positives.

Children can be whatever you do to them. They can be building blocks, pillars and anything from A to Z that put a name for building materials. At the same time, they can also fall for extremism, abuse and all the bloody side of life as well. It is significant to arouse and mobilize children with positive sentiments to build a healthy generation.

Sports has always proved to set up an inclusive, progressive system in place for children to look forward to. Sports is like the DCEU’s Superman that every DC fan wishes they saw on screen. A beacon of hope!

Several NGOs claim that sports make male children attend and stay at school! How many times have you gone to school looking forward to that one or two PTE periods of the week? How many times have we waited out days and nights around the year practicing and visualizing winning a race on that one Sports Day at school and college? Was it just me who envisioned shedding sweat and exuberance and manifesting an emotionally charged myself celebrating victory on the eve of every game?

Sports play a major role in preventing gang and criminal exposure, promoting positive competitiveness and raising awareness of gender equity. Such aspects of social extremities and intolerance can be negated by including sports as an integral part of communities that don’t have cost-effective access to learn about such social atrocities.

The above graph from Source: Sport for Development Programming Survey, 2018 conducted by Barca Foundation and UNICEF does a comparison of the various reasons sports can be used for development. It is plotted against various geographical entities. The survey reveals that sports appeal to children to engage them in such serious topics. Moreover, cost-effectiveness and convening power are also evident as reasons to use sports for social change.

Developing countries can fund and support various child development program to promote such competitive spirits and a proactive approach to life rather than being reactive. Some examples are the Slum Soccer initiative and Magic Bus initiative in India. Slum dwellers find it fulfilling through the Slum Soccer program and find it as a purpose to wade through all their difficulties, inculcating discipline and positivity in the process.

In-stadia advertising has been employed to raise awareness of local issues, epidemics, and global issues through sports. Passion for marathon running is budding in India.  Marathons like the Delhi Half Marathon and Mumbai marathon have been gaining traction due to increasing awareness on health and fitness. The Tata Mumbai Marathon 2019 has seen an entry of 46,000 for its event. Such numbers can ensure awareness if a not proactive contribution to the cause. Marathons such as Pinkathon, the Coimbatore marathon are just a few examples among thousands of events happening across the year. While the former raises awareness on woman empowerment for a better society the latter aims to raise awareness of cancer.

Though seasonal, sporting tournaments contribute greatly to a country’s GDP. Several local businesses find life in the carnival of mega sporting events.  Local sports tournaments have ameliorated sporting innovations and manufacturing jobs. The tourism industry also benefits from sports. Adventure tourism empowers the GDP of countries that have wide and varied natural landscapes. Identifying and training local communities helps them sustains by capitalizing on the inflow of tourists. Thus, they share equitably in the economic, social and cultural benefits they generate through direct and indirect jobs resulting from them.

An individual’s employability is made up of their knowledge (what they know), skills (how they apply this knowledge) and their attitude (how they go about their business). So a good sports project should build participants confidence in setting and achieving goals. Small responsibilities such as attendance, sporting targets (increasing a personal best or losing a set amount of weight) or basic volunteering duties such as looking after kit, taking registers can go a long way in entrepreneurship and management.

High co-relation exists between successful players and price money winners pumping in money back into society. This spill-over effect improves the lives of local communities. For example, winning athletes in Kenya were found to create sports-related services such as fitness centers, merchandise manufacturing, equipment manufacturing, consulting, etc. in their locality.

NGOs also aim at developing soft skills through sports to make cost-ridden sports participants from marginalized societies appear attractive to employers.  Alive and Kicking, a UK based NGO has developed a business model to empower African manufacturers to produce sporting equipment. The products are durable and affordable capitalizing on the locally available raw materials.

If the refugee crisis is difficult to accept then their rehabilitation is an onerous task. Refugee camps suffer from poverty, discrimination, violence, and frustration from lack of resources. Such anger can breed violence, physical harm, drug abuse, etc. About 68.5 million people around the world suffer as a result of persecution, conflict, violence or human rights violations. Sports can provide respite, if not a solution, to such communities. Nike donates balls and shoes to refugee camps. Sports provides respite for refugee children to have normalcy in their life. Majorly deprived of money, such initiatives offer a sense of hope to displaced people. The Barca foundation has also sided with the UN to identify refugee camps and provide sports-based social intervention. Over 22,000 refugees were positively impacted in Greece Italy Spain and Lebanon.

Initiatives such as ASPIRE and Live Sport – Embrace The Future strive for social inclusion of refugee communities through sports. They train refugees in physical activities and integrate them with the sporting community and subsequently into the society. In India, refugees who fled the ethnic cleansing in Myanmar claim that football has played an active role in connecting with the locals.

Inherent characteristics of sports are improving social bonds and trust. It has potential to effect positivity on refugees by strengthening the bond between the refugees and the indigenous community. It can also help in post-war mental rehabilitation and trauma.