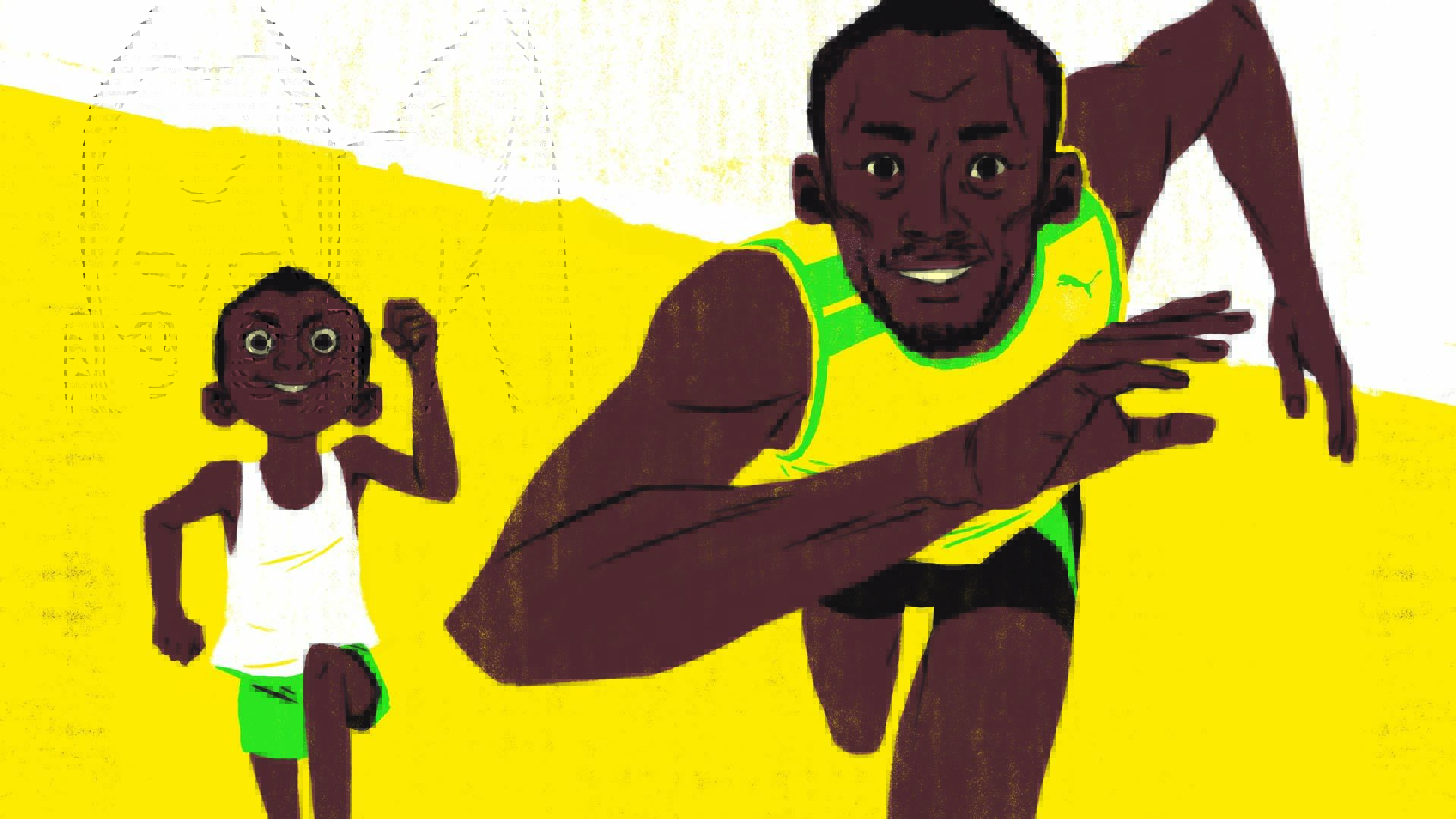 Have you been so successful not just to own the spotlight but adorn it like it’s your birthright? Naysayers are usually irked at such high levels of confidence. However, for the yellow speedster being a little shy is not an option. Unless, it is the world record time of a track event.

On hindsight, yellow should be the luckiest color in sports. Not for the person sporting it in his wear or someone wearing it patriotically on his face while displaying partisan loyalty for a particular team, but for itself. The strongest Australian cricket team donned a bright yellow simultaneously displaying itself as one of the most feared teams in history. Trash me in the comments below, for regarding Chennai Super Kings as the most successful cricket team. However, you cannot deny the fact that yellow became the color of the Detroit of Asia, Chennai thereon. Football too presents a great case. One of the dominant teams of the 20th century was Brazil, and voila! Yellow was their color; they wore up their sleeves, literally and metaphorically. Jamaica too sent its favorite son adorning yellow sleeves.

In 2008, Jamaica, an island in the Caribbean, got a facelift. Sherwood Content was on “Gold alert.” Office doors were bolted. Children bolted to their homes. Office goers bolted off to the nearest television screens. Jamaica was simply thrilled to bits awaiting the imminent spectacle in the offing.

Somewhere between Michael Jackson’s Thriller exploding and Wall Street imploding, an Adventist home in Sherwood Content, a quiet town, ridden with poverty saw the birth of a child who one day shall become one of the most recognizable athletes, inspiration and brand. Of course, who knew then. The 2008 Olympic athletic events brought a buzz that was for once not annoying but full of expectations and anticipation. The culmination was an antidote to the 2004 Athens Olympics. Growing in a staunch Adventist home, the fastest man alive, wasn’t always, it.

Born to parents, Wellesley and Jennifer Bolt, of Adventist descent in 1986, Usain never largely accommodated anything other than sports in his early life. He passion for speed was identified at the age of 5.  Pablo Macneill, who recognized his sprinting prowess Bolt was a school icon. He is still remembered as the fastest boy in school by the staff of William Knob High school. However, Usain’s first dance wasn’t with athletics. As a fan of Flintoff and Brian Lara, Usain blot was always a fan of aggressive cricket. It was his cricket coach who recommended Usain to switch to athletics on seeing him hitting the track at incredible speeds for his age. Though it was challenging to find some acceptance in the then prankster’s mind for athletics, his coach eventually convinced him to train for track.

However, it wasn’t jolly good beginnings for the yellow speedster. The 2001 World Junior Championships was Usain’s first professional tournament.  Surprising as it may seem, Usain failed to win any event. Several reasons are pointed out for Usain Bolt’s performance on the field. The rationale’s range from Speed genes, high levels of serotonin which result in stubborn determination, or long walks which used to be the norm during his schooling days. Usain’s coach and his father point out the yellow yams that are grown and consumed in the locality as a factor for such endurance and speeds. Regardless, in 2001 the 15-year-old wasn’t anywhere near to being the poster boy of Jamaica.

The value of a mentor is simply immeasurable. Usain’s turning point came when the school principal recalled alumni to have a look at young Bolt, William Knob’s fastest kid alive. The name Norman Peart has bolted himself and Bolt to stardom from humble beginnings. As a local auditor and an injury retired athlete Norman was first reluctant to train Usain Bolt. He simply wanted to retire as an auditor serving in his family’s 200-acre farm. Usain used to be a shy athlete with low confidence. That all changed when Peart took Usain under his guidance following his spellbound performance at the Western Relays. “He (Bolt) was competing at the Western Relays at Cornwall College in Montego Bay, and I watched him run two relay races, and the way he took the baton and sprinted had me in a trance,” revealed Peart, the sound of pride apparent in his voice.

Both Peart and Usain had several things in common. Both athletes, ascending from Trelawney with their alma matter at William Knob High School. Together with Peart, Usain was set a strict regimen of fitness, training, and school lessons. Following such disciplined rigor, Usain was the highlight of the 2002 World Junior Championships. Norman also played an instrumental role in securing sponsorships. The first ones were Western Spots and Super Plus. Norman also enabled Usain’s family to secure loans to sustain their business. In 2003, Norman also enabled Usain to be sponsored by Puma after careful consideration of Puma’s history while handling athletes.

Continued training under the watchful mentor, saw Usain set world records in the year 2003 at Jamaica’s biggest athletic league “Champs.” Running at spectacular speeds, Usain set a record time of 20.25s in 200m and 45.35s in 400m. This was certainly a reason to celebrate as this was the world’s third fastest time at the senior level at that time. They began to think seriously about his future and were advised to speak with the IAAF High-Performance Training Centre for which the late Teddy McCook was the director, and Fitz Coleman was the head coach. Coleman and McCook subsequently journeyed to Trelawny to meet Bolt’s parents and Peart to talk about his future. Usain and Norman moved to Kingston to secure scholarships and train under better circumstances at the IAAF High-performance Centre. Norman also helped Usain in getting a place in the University of Technology in Kingston. However, Usain discontinued from the university in the first semester.

With all eyes set on the national record holder, 2004 came to the home of the marathon. The Athens Olympics. However, the road to the Olympics wasn’t a smooth one. Eighteen years old, Usain was easily the youngest athlete on the track. In the build-up to the 2004 Olympics, there were huge expectations on Bolt, though he was not yet 18. But the junior world champion had injury problems – scoliosis, a curvature of the spine, affecting his hamstrings – and he struggled for form. The condition was something he was born with, and that affected him every year.

Usain lost the 200m race in the 2004 Olympics finishing a consoling 4th place. Several sponsors and media criticized his unprofessional athleticism. Usain hates losing. Several commentators and analysts pointed out a carefree lifestyle that the lad has become accustomed to after garnering fame and the countryside to city side transition as the reason for his lackluster performance. Sponsors, particularly Puma, spelled out doom for Usain’s career as they threatened to pull themselves out from their deals. However, destiny had other ideas.