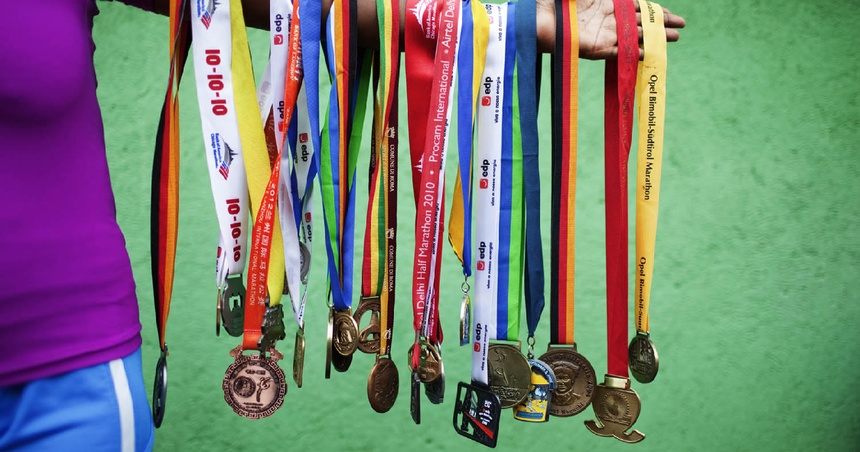 In a country which has been long associated with poverty, famine and war, Olympic distance runners Kenenisa Bekele, Tirunesh Dibaba, and Derartu Tulu have not only been a perpetual source of national pride but have been an inspiration to every individual in the town of Bekoji.
“Runners from this little town of about 20,000 people have hauled in more medals than India has won in all summer Olympics categories put together”

Bekoji is a heavenly town, surrounded by lush fields and green cloud-tipped mountains, situated 170 miles south of the capital, Addis Ababa. It sits 10,500 feet above sea level which makes it extremely difficult to breathe there let alone running long distances.This little breeding town of Olympians is home to one of the most successful coaches in the world of distance running. Sentyehu Eshetu, known to everybody as the Coach. Although never being a professional runner himself, he has a knack for picking champions, and the first thing he looks for in the athlete is desire and discipline. With specially designed training schedules for his “stars of tomorrow”, Coach has redefined athletics in Ethiopia.
Sentayehu discovered Derartu Tulu, the first of Bekoji’s most successful runners, almost 30 years ago, when she was only 14. At the time, Sentayehu was working as a gym teacher at a school in Bekoji. Derartu—who went on to compete in the 1992 Barcelona games, where she became the first black African woman to win an Olympic gold medal—was a fierce competitor even as a young teenager.

What is the secret to these athletes? Determination, physical strength from working the land, huge lungs, role models, perfect body shape? Besides these factors, running is a means of escape and transcendence in Ethiopia. The country ranked at 173 out of 189 countries in the human development index, has negligible opportunities to earn money and gain a livelihood.
“Kids want to run to make their parents happy, and the parents want them to run, so they don’t have to work the land.”
Living in extreme poverty, the inhabitants have virtually no cars and they “ run everywhere” all day, every day whether to herd sheep, to go from point A to B, or to just deliver a message. The altitude of the place is also another very crucial factor in the training regimen of these athletes.

Although, just under half the world’s population lives in rural areas, and many people live at high altitudes. The planet has very few Bekojis.
The running town is a fortunate confluence of genetics, geography, thin air, varied terrain, a temperate climate, and the rigors of rural life—bolstered in the past few decades by the talent-spotting of a singularly gifted coach and his strict, government-funded training regimen.
We hope, these world-class athletes bred in this remote rural community continue to inspire the newer generation of sports enthusiasts and endurance runners and motivate them to rise above their hardships.